Google have taken another step closer to making their netbook operating system Chrome OS more main stream with Chrome Webstore. Screenshot of this Webstore looks like this. 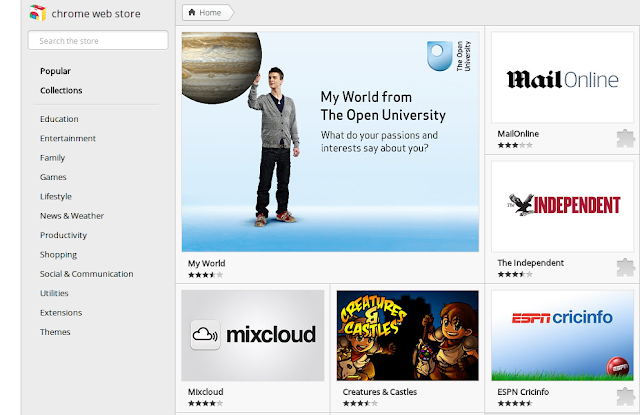 It has twelve categories and each has its share of apps that are good. For example, I occasionally like to visit the Times of India Website. I really don't like the layout of the website as it seems drab and using the Web store app, I get something like this, which is neat and cool. 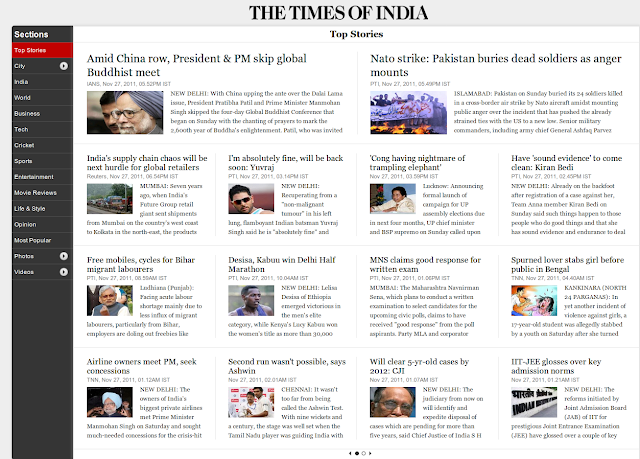 The potential I see is immense. It all depends on how Google wish to play this out. Though lot of the apps are currently only weblinks, Google could have apps per se stored on their Servers (in the Cloud) and people can access them by logging into their Google account the way it is done now. These apps need to be synced so that one doesn't need to install across multiple devices. These days tablets seem to have taken the place of netbooks for those who are looking for a portable handheld device that is not a laptop and at the same time has a smaller screen (sub 10"). Netbook market though  nascent a few years back, was very buoyant. Every PC manufacture (except Apple) have dipped their hands in the netbook pie. It has however seen a dramatic decline in the last year or two mainly because of their weak processors and poor graphics display. People these days are turning towards tablets like iPad, XOOM, Transformer to take care of their internet browsing needs on the couch. There is still a market for powerful laptops  (for more intensive tasks like programming) that are truly portable and it appears that Ultrabooks may be the answer. Having access to Chrome Webstore to these Ultrabooks is quite crucial because it saves crucial hard disk space (SSD) by not installing apps natively on the users machines. It is like having a laptop experience with added impetus from Cloud. We shall see what the future holds for this wonderful webstore.
Posted by Unknown at 14:58