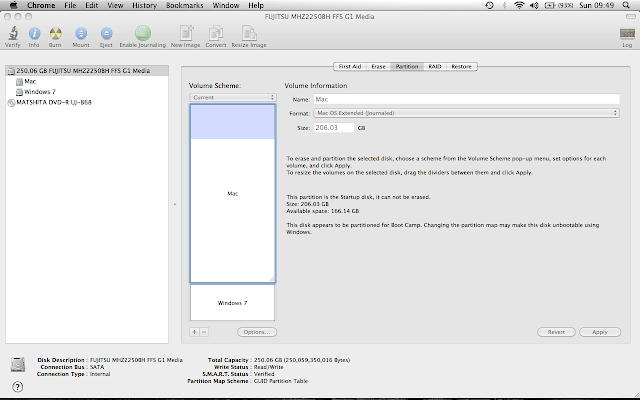 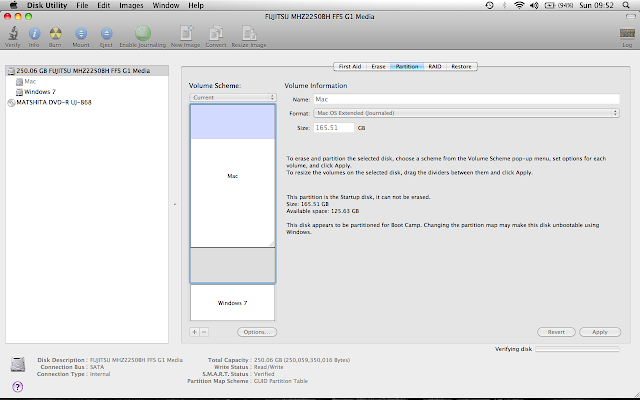 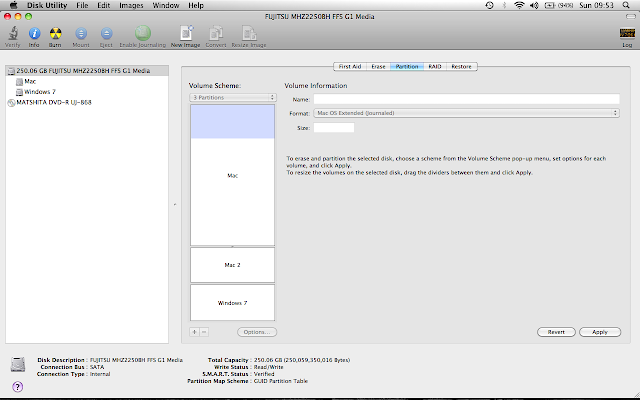 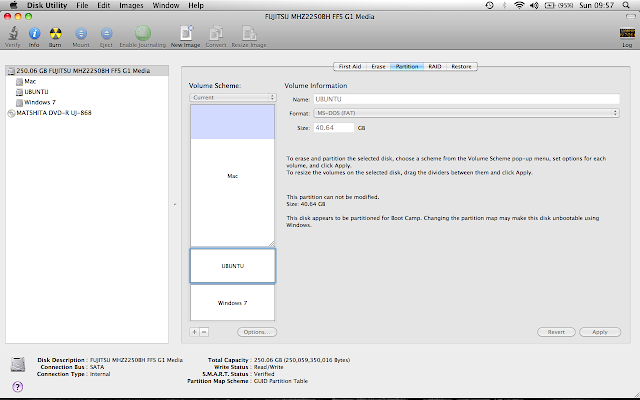 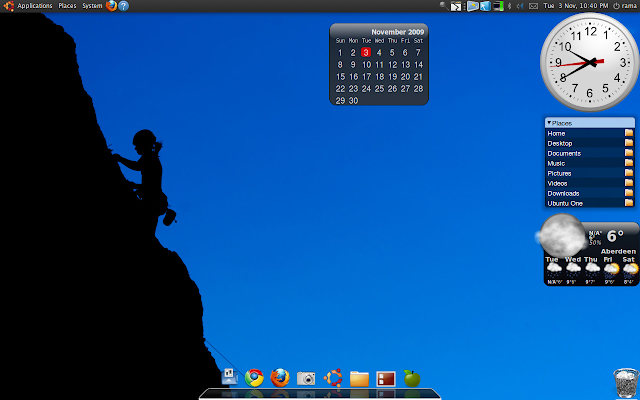 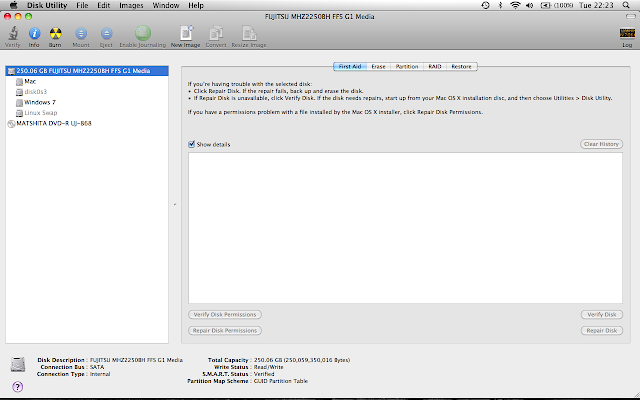 Thanks!, your post save me, because i was trying this aproach but i ended with no linux boot!, now i have done right!, one question: wich theme or how can i have a desktop like yours in ubuntu?

I used the New Wave theme. To get the bottom dockbar I used Awn· I also installed Screenlets to get the screenlets.

"because, no other hardware can run Mac OSX except a Mac..." Use do a simple Google search mate! Results will surprise you....

Not legally I suppose. This is what I found in the SOFTWARE LICENSE AGREEMENT FOR MAC OS X.

way easier than a lot of the other guides. The screen shot of what your drive should look like was a huge help! Did anyone else end up with a "legacy" icon instead of the Linux mascot? Just me?

I too ended up with the legacy icon. It didn't bother me.

Thanks very much Rama. I'm going to try this tomorrow!

Thanks, my computer made it sda3 though. Also to note, lots of driver updates need to be done, https://help.ubuntu.com/community/MacBookPro check there.

any reason why you specify 32-but Ubuntu, since the Macbook can handle a 64-bit version?

No particular reason to use 32-bit Ubuntu. It is difficult to get Adobe Flash to work on Ubuntu 64-bit.

Has anyone tried this with openSUSE? I am getting ready tonight probably to attempt to set up my triple boot and I was going to use openSUSE but the more I read it seems Ubuntu has more support, drivers, etc.

Yes, I agree Ubuntu has more support. I never had a problem for long with the amount of information available on various forums. For example, it is easy to install Ubuntu onto a memory stick, I did this a few years back. When I tried the same with OpenSuse I had to do a lot of workarounds. I wrote a post on how to do it, but I abandoned it midway because it was way too complicated for any user to follow. You will find the same with many other things.

Installed openSUSE 11.3 tonight via DVD using this guide. Worked wonderfully. Only difference is you have to choose to create your own partition setup and then have it install using the partition you created using Disk Utility. It takes care of the rest.

There's no apple wireless support out of the box as far as I can tell. I'm currently looking into a solution for that.

To fix that, I've re-installed Windows XP a second time. And now, it's working perfectly.

You may even look like to a lesser degree a bother by not intruding on social hang out time to just check in with your children. windows xp iso